50 not out — why I’m perfectly happy about getting older

This isn’t one of those help I’m getting old, my hair’s falling out blog posts full of self-pity that hopes to make you smile; apart from anything else, I’ve still got plenty of hair on my head. It’s also not one of those pathetic blog posts, where the author is clearly bitter about getting older.

Of course, I’d be lying if I said hitting 50 hasn’t felt momentous. It’s a big number and a bit of a totem for many; I think you’re expected to feel old when you turn 50 – that’s the way it seems to me, at least. There’s an expectation – from people in a specific sense and society in a more general one – that at 50 one should feel aged, past it, sorry for yourself, and maybe even a little apologetic about it.

Well, balls to that.

As my 50th birthday was getting closer I did, I admit, start to think a lot more about age and about one’s inescapable mortality, and what turning 50 might actually mean to me – if it has any meaning. It was something I reflected on even more during that strange week when David Bowie and Alan Rickman died, and a lot of people (on social media at any rate) seemed to have been caught out by the inevitability of death and its indiscriminate nature.

And so it was that I got to thinking about all the people I’ve known who never made it to 50. Most of them died because of illness, accidents or suicide. And thinking about them made the big five oh feel well… different – this is nothing to be gloomy about. It’s something to be thankful for.

There was the kid in the year above me at primary school who I sometimes played football with – hit and killed by a motorcycle when he was 11 years old. It happened during the long school summer holiday. I can still remember the look on his little brother’s face on the first day back to school that year.

There was the woman I worked with many years ago who went on holiday and never came back. She died when the car she was travelling in was hit by a lorry. She was just 24.

There was the guy I played in a band with, one of the loveliest guys I’ve ever known – dead at 43 thanks to a brain tumour.

There are more, many more. I remember their names and I can recall their faces.

Do I feel sad and sorry for myself because I’m 50, because I’m getting old? Nah, I feel thankful. 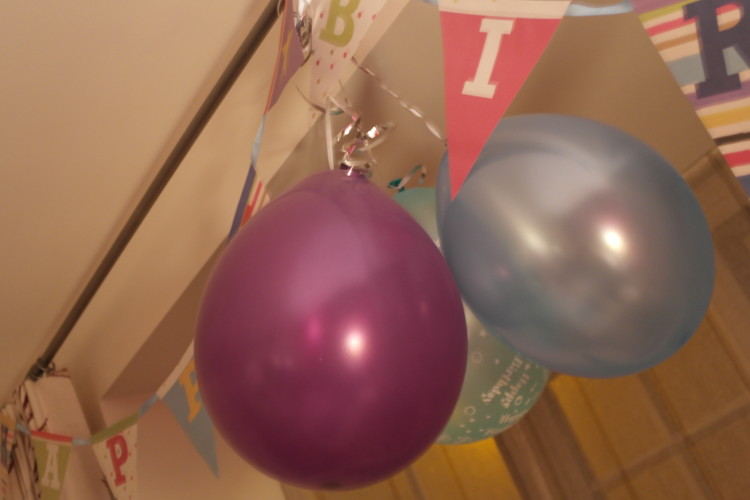