Go and shout at a tennis player

I’ve been watching the Olympics. Have you? It’s very good, isn’t it? So far I’ve seen shooting, judo, cycling, archery, tennis, diving, and gymnastics. It’ll be even better when the track and field events get underway.

While I was watching the gymnastics one evening I had a bit of an epiphany. 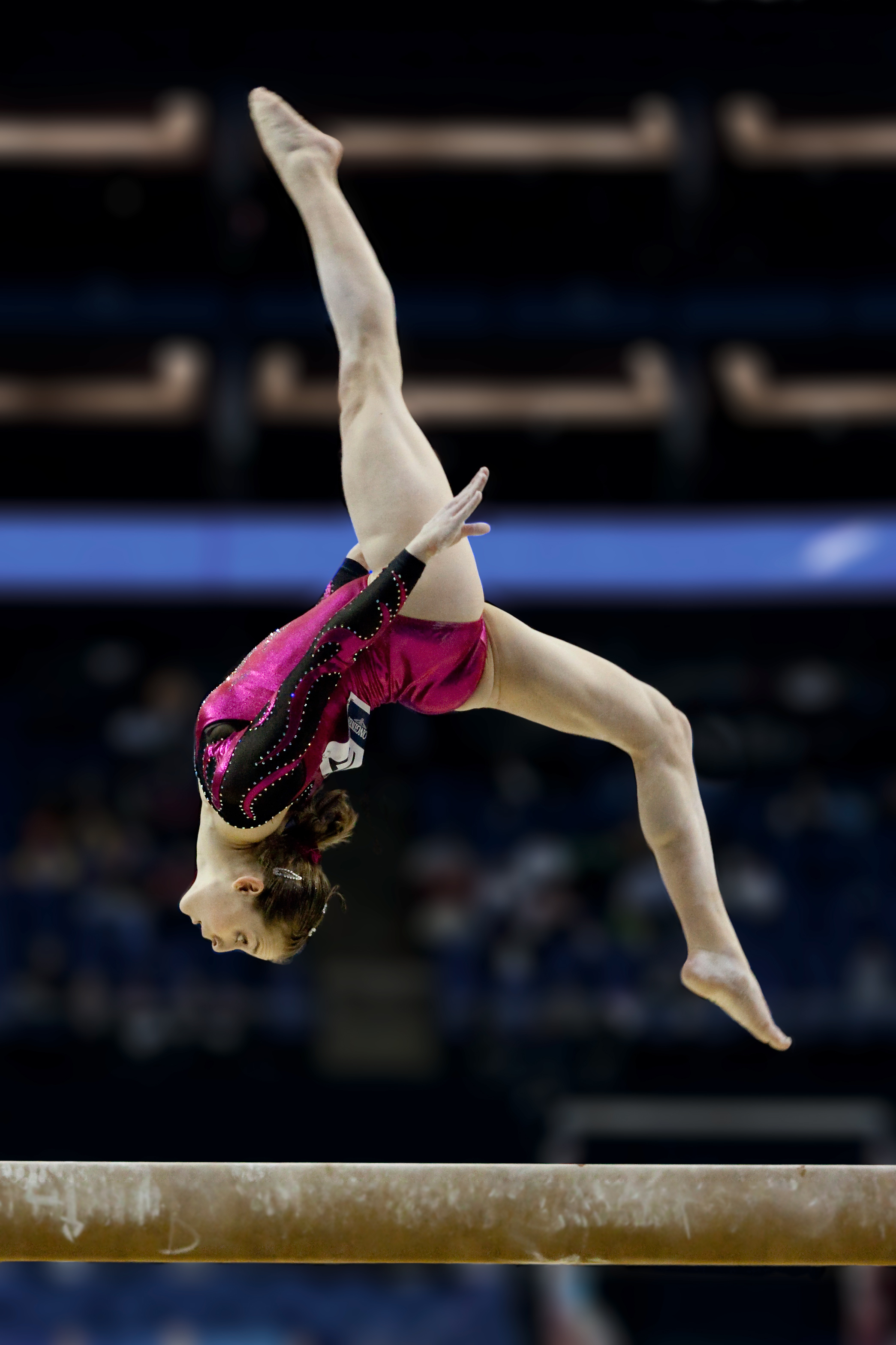 The beam … what a terrifying piece of equipment that is. It’s 1.25m (just over 4ft) off the floor, and it’s only 10cm wide (4in). And have you seen the stuff the gymnasts do on the beam..? Jumps, handstands, somersaults (forward and back), and more besides.

The thing about gymnastics finals is that all the exercises take place simultaneously, so while watching someone do something on a 10cm beam that most of couldn’t do on terra firma without injuring ourselves irreparably, in the background I could see other gymnasts sprinting down the approach to the vault and throwing themselves up and over it. And the whole time the crowd of many hundreds of people – maybe thousands – were clapping, cheering, yelling, stamping their feet and carrying on.

At times the noise was incredible. Did it put any of the gymnasts off? It didn’t seem to, no.

Compare that with what goes on at a tennis match. If you’re in the crowd at Wimbledon you can’t even speak when play is taking place, never mind yell, scream and shout.

If a gymnast can pirouette, somersault backwards and land perfectly on a high beam which is only marginally wider than the average human hand, while an enormous crowd is making as much noise as it can, why can’t a tennis player hit a ball with a racquet if there’s even the merest hint of a racket?

FOOTNOTE: I don’t have a problem with tennis players, just with prissiness. I watched the Johanna Konta / Svetlana Kuznetsova match a few days ago and was gripped. I don’t think it should be in the Olympics though. Tennis players are professionals – they get paid for playing tennis. That strikes me as contrary to the whole Olympic ethos. I felt the same way when the US started filing the US national basketball team with pro players; it’s tantamount to cheating. The same applies to golf. Although I’m not convinced golf is a sport in the true sense of the word. And as for sailing… don’t get me started on sailing. Sailing isn’t a sport. It’s an activity, a pastime. I’m not against sailing. I just don’t think it’s an Olympic sport.