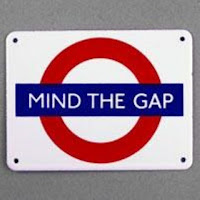 Ever punched a random stranger in the face? Unprovoked?

This happened to me while travelling on the Tube from Piccadilly Circus to Paddington a while ago.

Before you even bother asking, yes I had been drinking. But not to excess.

So, there I was on the Bakerloo Line northbound at about 7pm. It was – not surprisingly – quite full, so I was standing up. I often do. And I was not the only one – there were loads of people stood all around me, hanging on to the handrails and studiously avoiding eye-contact.

I let go of the overhead handrail at one point to check my watch.

I lurched with it.

So I quickly reached for the handrail.

The thing is while many car wing mirrors state that “objects in the mirror may be closer than they appear” nowhere on the London Underground network have I seen anything point out that objects in mid-lurch may be harder to grab hold of than you might imagine.

Nor have I seen anything that says faces attached to random strangers may be easier to punch than you would ideally like them to be.

My hand shot out, fingers still curled in what might loosely be called a fist.

Picture the scene…. the dead-weight of my hand, heading toward the handrail at considerable speed, when the train lurched causing the man standing next to me to involuntarily lean in toward me putting himself in what I’ve come to think of as the line of fire.

Whereupon my hand connected with his face in an uppercut that would have made my old boxing coach shed a tear of pride.

Poor bloke. His head snapped back. And for a split second the no-eye-contact-please-we’re-British people standing all around looked up in unison to see what was going on.

I was aghast. Which is not a word I get to use very often. So here it comes again. Aghast, I tell you.

Not least because he was a bit bigger than me and I would have thoroughly disliked him returning the gesture.

Something, or someone, in my head took over. I stepped closer and slapped his face repeatedly where I’d just hit him, saying something to him like “that was a shock, you’ll be all right.”

I can’t help but think the rather obvious smell of an earlier encounter in the pub may have helped carry me through. That and the shedloads of front I was now displaying.

We pulled in at Baker Street station, the doors opened and off he got. Looking somewhat bemused.

I’ve told this story countless times since it happened and the above is a mostly faithful retelling of the event, it’s at most 10 percent fiction (I wonder, should that be a comma or a semi-colon in that sentence?).

Every time I’ve told it I’ve had the same reaction to the tale – a mix of incredulity and laughter.

I’ve often wondered if the bepunched man ever told, or even still tells, the story. How different must it sound from his perspective.

“Some drunken idiot hit me in the face.”

And I wonder did anyone laugh when he told them.