Encouraging people to look after their health is a good thing. Eat less fat and sugar, take more exercise, don’t drink too much alcohol and don’t smoke – all good, solid advice dished out in large helpings by doctors the length and breadth of the country.

In the UK, the NHS is running a month-long ‘stop smoking’ campaign in October. It’s called Stoptober.

While making my way through the centre of Reading on Sunday 21 September, I witnessed the local launch of Stoptober.

It was dismal. And that’s the kindest word I can find for it.

The town’s two MPs were there, as were five or six journalists and photographers, and at maybe 10 organisers/helpers. At 11am there were kick-off speeches from one of the organisers and the two MPs. What else happens at 11am on Sunday in Reading? The shops open. If you want to experience the centre of one of the UK’s largest towns at its absolute quietest, get there around 11am on a Sunday. Parking’s a breeze and shopping’s an absolute joy because there’s hardly anyone there.

Just to recap then – two MPs, a marquee, a PA system, loads of balloons, a dozen or so people handing out balloons and leaflets, all being paid for via the public purse, but hardly anyone there.

I saw (nay, I *counted*) three members of the public standing and listening to the launch of Stoptober in Reading.

Why on earth coincide a launch of a month-long, publicly-funded anti-smoking campaign with one of the quietest times in the shopping week?

I can only presume the answer to that is something like “because you don’t know what you’re doing.”

If that sounds harsh, it’s meant to be harsh.

Smoking and related illnesses are a blight on the UK. In addition to the misery they cause, there’s also the cost to the health service to consider. To squander the opportunity to make a big and positive launch for such a campaign, and thereby waste the money being spent on that launch, demonstrates a lack of professionalism and accountability.

After the lacklustre speeches had finished I went on my way, only to be stopped by one of the leaflet ‘n’ balloon folk. “Do you know anyone who smokes?” she asked me, almost apologetically. I just shook my head and kept walking.

Targetting is also beyond the grasp of the gang of spend thrifts who decided on this launch, it would appear.

I don’t doubt the supine local press will find positive things to say about the launch, grateful as they are for real events to cover. But they shouldn’t. They should ignore the MPs’ speeches and the colourful balloons and they question the manner in which the money was spent on this event and how its effectiveness will be measured.

You could argue, and many people do, that if people want to smoke let them smoke, plus taxes on tobacco raise huge sums of money for the government.

I might or indeed I might not agree with that viewpoint. That’s not my point here. Once the decision has been taken to embark on a publicly-funded anti-smoking campaign paid for by smokers and non-smokers alike there is a responsibility to ensure that money is spent properly.

Not wasted, which it clearly was this morning. 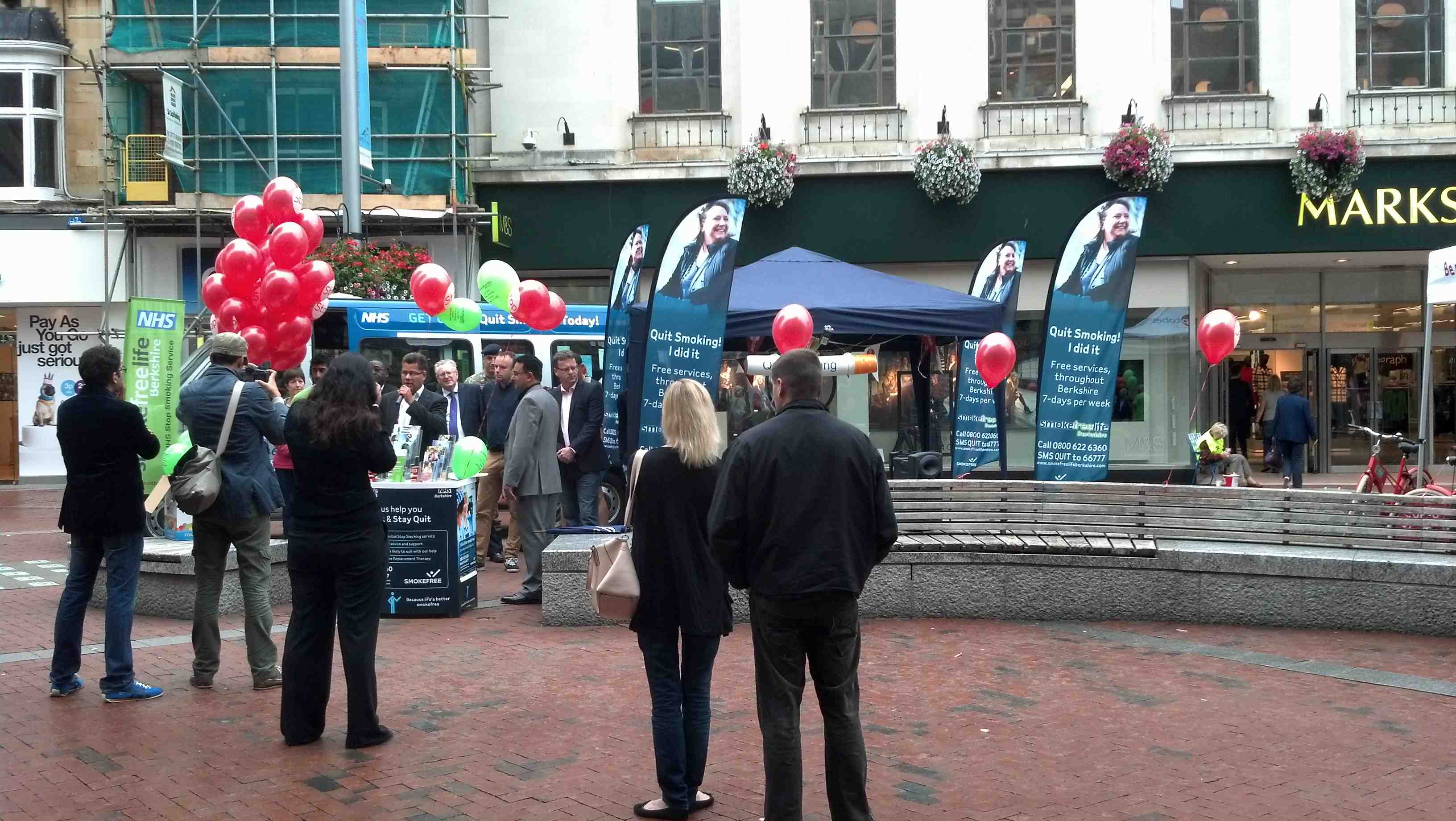