The EU is undemocratic

The EU is undemocratic, I hear people say.

Let me explain why I believe this.

There are elections for the European Parliament every five years. Just like the UK parliament. You get to vote for the MEP of your choice. It’s a proportional representation vote, not first past the post.

It’s actually a more democratic process than the elections we have for the UK parliament.

What about those faceless bureaucrats and unelected commissioners though, eh..?

We’re really just talking about civil servants. You do know that, don’t you. And you don’t get to vote for the civil servants in Whitehall, do you? You probably don’t complain too much about that either.

That doesn’t sound like a top-heavy bureaucracy to me. 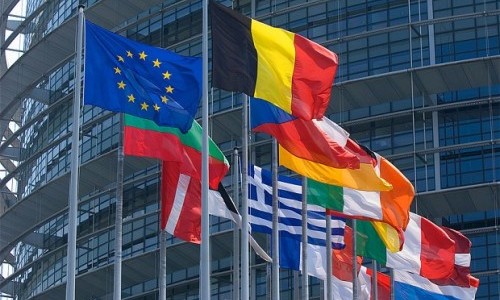 As for the EU Commissioners (who are often cited as the unelected mandarins of Brussels), there are 28 of them — one for each member state. They’re appointed by the elected government of the country they come from.

That’s the way democracy works — you vote, you get a government, they make decisions about how things are run. Some you like, some you don’t. Nothing’s perfect. No one’s perfect. Not you, not me. Nothing. No one.

Everything the EU Commission puts forward (policies, proposals, decisions etc) has to be sanctioned by the EU Parliament, which is made up of the MEPs that everyone gets to vote for every five years.

If you are adamant that the EU is a bad thing because it is undemocratic I hope you are as vocal about the House of Lords, the Royal Family, and the raft of government-appointed so-called Tsars and special advisers.

I would like to see reform of the House of Lords. I’m not anti-royal, but beyond the head of state I would like to see the rest of the royal family – the extended bit full of dukes and whatnot – disbanded. I’d like to see elements of the EU (parliament and commission) reformed, or at least investigated with a view to making changes.

But I’m not convinced things are so bad that we have to take our ball and go home.